How I got to join the Midgard Expedition

20 years ago I had just become a lead instructor for Wilderness Medical Associates International, and I was super excited as I headed off to the Calgary airport to fly to the USA for my first solo course. Now, being a Canadian assistant instructor, I could go down on one type of visa, but as a lead instructor I needed a different visa. Or so I found out when the USA Immigration Officer denied me entry – rats! I found out what visa I needed and headed off to sort it out. A week later I was back at the airport to head down to the USA for another course, with a different visa. The same officer was there so I went right up, presented him with the new visa – a few questions later, a visit to the white room where I was pleasantly interrogated, and I was denied entry again. It was obvious the officer wanted to help me out, but alas I didn’t fit into the typical visa perimeters without further credentials. That officer was Rob Torkildson – one of the other crew members of the Midgard Expedition. Six months later I was back at the Calgary airport to pick up a friend, and Rob walked by in uniform. We recognized each other, he handed me a business card and offered to steer me in the right direction around visa stuff. It turns out we knew several of the same people, shared a love of the mountains and activities related to them – a couple of hikes later, a kindred spirit bond was formed.

Its wasn’t long after the formation of our friendship that I was involved in a little vehicular incident with a drunk driver, which hospitalized me for a time. When I got out of the hospital 5 weeks later, which included 24 days in the intensive care unit, I had dropped 14kg(30lbs) of lean mass, was in a wheelchair and was told I may not ever walk normally again. I wasn’t home three weeks when Rob picked me up, and took me to the trail head parking lot of a mountain we both were fond of, where we ate sushi and drank a bit of sake. Rob told me that within a year, I would hike to the top of Mount Yamnuska – I wasn’t so sure, I was still very broken.

It was in the shadow of Yamnuska, at Lac Des Arc just outside of Canmore, Alberta, Canada, that my crash took place. Rob had set up a meditation circuit up and around Yam, with the first station being about 1km along the trail and up the slope. My first outing was on crutches, drain bag still attached to my side from an infection where my spleen had been, and was about 500m before I decided I should stop to be sure I would make it back down. My second outing a month or so later got me to the first meditation station, where I washed my face in a small stream and cried.

I/we went back to Yam a couple more times over the summer and fall, then on March 28th, 2002, exactly 1 year from the date of my crash, myself and a crew of about 10 people gathered in the parking lot of Mount Yamnuska. The weather favoured us, after several hours of hiking with the sun shining above,  we made our way to the top – it was magnificent. Rob nearly rebroke my ribs when he lifted me off the ground in his bear hug accompanied with a unanimous cheer.

Rob moved to Alaska, then to Germany – we crossed paths on occasion and kept in touch. He once came to see me in Austria, mostly naked and covered in paint for a body painting festival I attended, and I visited him at his home in Bavaria where we drank extensively one evening, resulting in me pissing on one of his buddha heads and a book case – he howled when I confessed the sin in the morning.

A couple of years ago Rob seduced me with a three month grand adventure that entailed crossing a large remote desert in Africa via foot and camel back. Just as we were starting to get details hammered out, it became evident that area was…unsafe, and so that idea faded. Then earlier this year(2019), Rob enticed me with another possible adventure – one that rang true with both adventure and purpose. The whole notion of the viking age harkens back to the origins of my own family name and it felt right. He introduced me to Bjorn, I laid out my credentials and life experiences, an interview, and a few smiley exchanges later, I was welcomed aboard.

That’s how I got to be part of the Midgard Expedition. 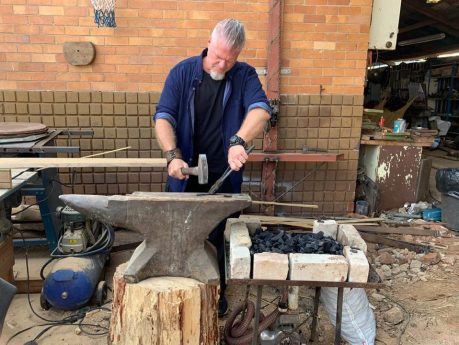 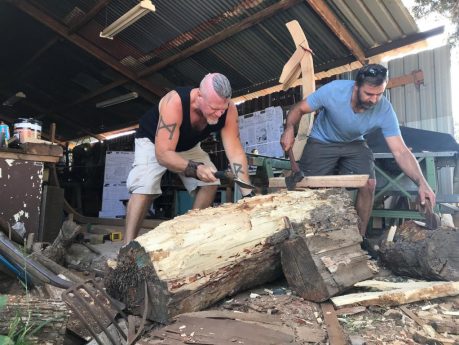