There were times when my life took turns organically without any hesitation about the next step. The voices in my mind subsided at such times; it felt as though the issue had been well debated and firmly settled long prior, leaving me with that unavoidable step. There was serenity in that decision to commit, as if to recognize that it was all meant to be.

I had big dreams. Doubts crept in leading up to my moment of decision. Excuses were plentiful to avoid commitment. I had stopped talking about life goals having already been confronted by cynics; not everybody needs to know, was my conclusion. Deep down, there was the shame of inaction. There was an opportunity cost in delays. Baby steps that I took in private toward the dream somewhat relieved that tension; but there it remained, casting a dark shadow on my psyche.

In my research I read Ultimate High, the book about the solo climb of Everest by Göran Kropp after bicycling to Nepal from Stockholm in 1996, towing a trailer behind him loaded with his climbing gear. When I had the opportunity to meet Göran in Seattle, I shared with him my dream of a circumnavigation by human power. He was not cynical at all. His first two questions to me were: “when are you starting” and “do you have sponsors?” Yet, in our first opportunity to rock climb together in 2002, he fell to his death from a short pitch of basalt columns in eastern Washington.

After the accident when Nancy and I sat at the dinner table across each other, I said: “I must do this now.” Nancy’s response was: “You must. You will.” We never looked back. It was my time to act, my duty to carry the torch.

Nancy and I made deliberate choices together. We reorganized our lives and consolidated everything to keep the journey in motion. We sold the second car, we sold our lake view condo near downtown Seattle and moved farther away to afford living on one salary while I cashed out my retirement funds. The journey became the True North to our compass as we navigated the turbulent path forward.

Five years and 14 Guinness World Records later, I completed the first solo circumnavigation by human power. By then, I had become the first person to row the three major oceans. We had raised and applied about 120,000 USD through the 501(c)(3) nonprofit Around-n-Over with the mission to educate and inspire especially children. The cost to our family budget was a 1/4 million dollars because sponsorship had been sparse, media coverage insignificant. Defiance had powered the last couple years of my journey. I had put our money where my mouth was to deliver on our promises and I derived great satisfaction in that.

As of today, the record for career total in days at sea by an ocean rower is 937 days. It belongs to Peter Bird, who was lost at sea in 1996 on his last day while trying to row from Vladivostok to California. This was his last attempt at trying to row mainland to mainland from Asia to North America, which no one has yet accomplished.

Peter was a pioneer of ocean rowing who at the time was living in the Russian River Valley in northern California. His circle of friends, including Kenneth Crutchlow, the founder and director of the London based Ocean Rowing Society, became my support network leading up to my launch on the Pacific Ocean from Bodega Bay in 2007. The Pacific crossing would be the first leg of my circumnavigation toward Australia following in Peter’s wake. I carried Peter’s logo on my rowboat ever since that launch. The logo is still on the boat after all these years and all that rowing.

Kenneth Crutchlow loved his time in the Bay Area. When he passed away, his wife Tatiana brought his ashes to San Francisco to spread them in the Bay. My wife Nancy was representing us in the ceremony. She called me soon after the ceremony and handed the phone to Louis Bird, Peter’s son. Louis had arrived at Monterey Bay with a rowboat to join the 2016 Great Pacific Race but his partner went into surgery for appendicitis. The race committee was not going to allow solo rowers; besides Louis had not rowed an ocean before. He asked if I would consider rowing from Monterey to Hawaii with him. This was my 10-day notice to be at the start line and of course I accepted. It was quite a busy time to get ready traveling from Seattle to Monterey, gathering food, fuel, medical kit, the list is long. But we made it.

Louis wanted to understand what drew his father to the oceans. He was a toddler when Peter died and this was the only way that he could perhaps connect with his dad. During our row, I perceived my responsibility as to ensure safe passage and to hold space for Louis to grieve. There were many tears shed during that passage, much vulnerability observed. I pushed us to perform, knowing full well that throwing Louis at the challenge would serve him better. Had we kept a leisurely pace, my own reward would have been to exceed Peter’s career total of 937 days. We reached Waikiki in a record time of 54 days; my career total now stands at 934, three days short of Peter’s record! Fair play at its best and I am proud of what we achieved. The best part is that his mom did not get that dreaded phone call for a second time. The work, the sweat, the time spent, the financial cost, all had been worth it. It had to be done. It was the right thing to do.

It was in November of 2018 when Robert ‘Tor’ Torkildson introduced me to Bjørn Heyerdahl. We each were members of the prestigious Explorers Club. When Bjørn proceeded to explain his vision about the Midgard Viking Expedition, I knew I had to carve out a significant chunk of time and resources to join them.

Bjørn launched the Midgard Expedition formally at the Explorers Club in New York in 2002. He had taken on mini-expeditions since age seven, exploring the coastal forests, lakes and rivers on the East Coast of Africa. His intent was to explore and to understand the biosphere and mankind’s place in it. It was a search for context, a search for intelligent life on earth. With the human population on earth projected to reach 9 billion by 2050, Bjørn saw that humanity would bring an end to life on earth in the next 100 years if we did not change our ways. The time for change was now!

As modern Vikings, our cause was going to be sustainability. We were going to trade our stories and our goodwill for knowledge in the communities that we would visit. We were going to gather working solutions already implemented in those communities toward sustainable living. With the earth already stressed and no Planet-B in sight, our assignment would be to find and showcase solutions to sustain our ability to live on this planet and to regenerate our natural resources. Conservation alone was no longer feasible in the long run.

This was profound: not just a fancy gimmick to recreate the Viking ways of sailing the high seas, but an invitation to communicate humanity’s appropriate place in the system of life on earth. Our authentic hand-built Viking knarr, which we named the Midgard Herron, was the stage upon which the team would stand to carry on this dialogue. The expedition would not just be about navigating open seas as our ancestors had but about becoming more. It was about growing up, waking up and showing up as the contemporary Vikings; relevant, contributing, influencing — living models of integral intelligence.

Assigned the Captain role on Midgard Herron, I will be surrounded by accomplished individuals from diverse backgrounds. I could not be more excited to be part of this team as in just a week’s time, we will begin the month long first phase of our expedition in South Africa. We will use that time to visit select sustainability touchpoints in that country and to train the team during sea trials of the Midgard Herron. Starting in June, we will sail her from Oslo around Europe into the Mediterranean all the way to Istanbul. This is just the beginning! 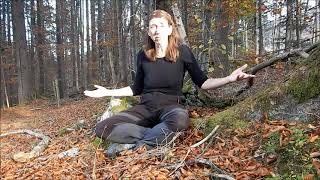 Beyond the boat – The meaning and purpose of the Midgard Expedition 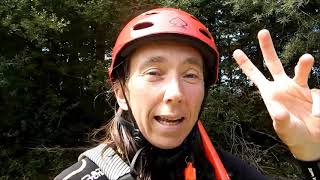 Who is #VikingGirl? – A brief introduction to Susanne Williams 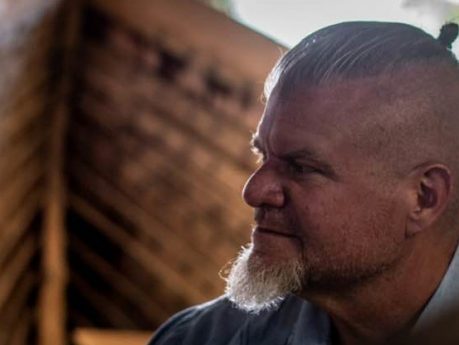 An expedition to explore the possibilities